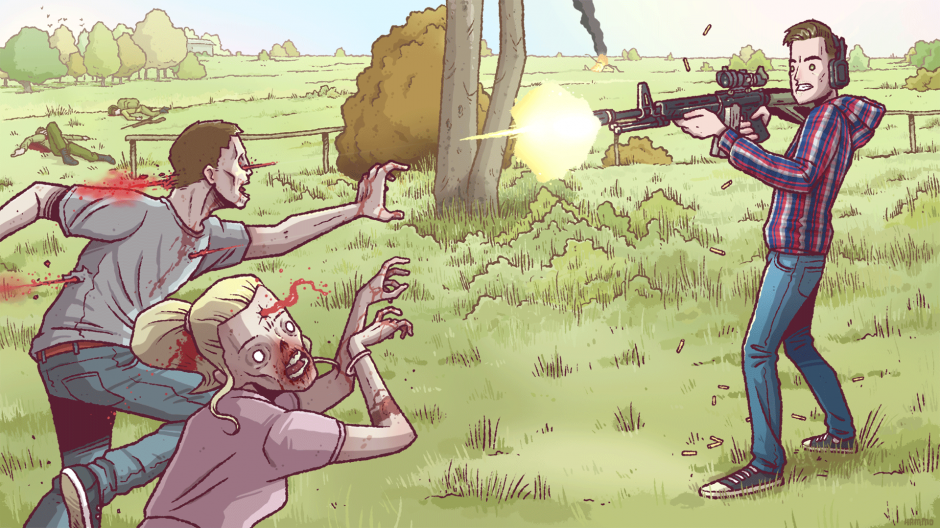 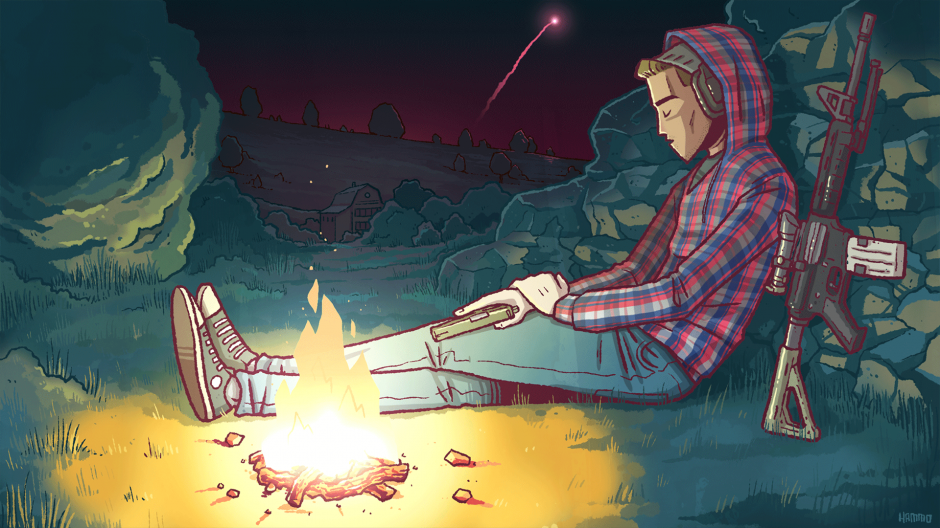 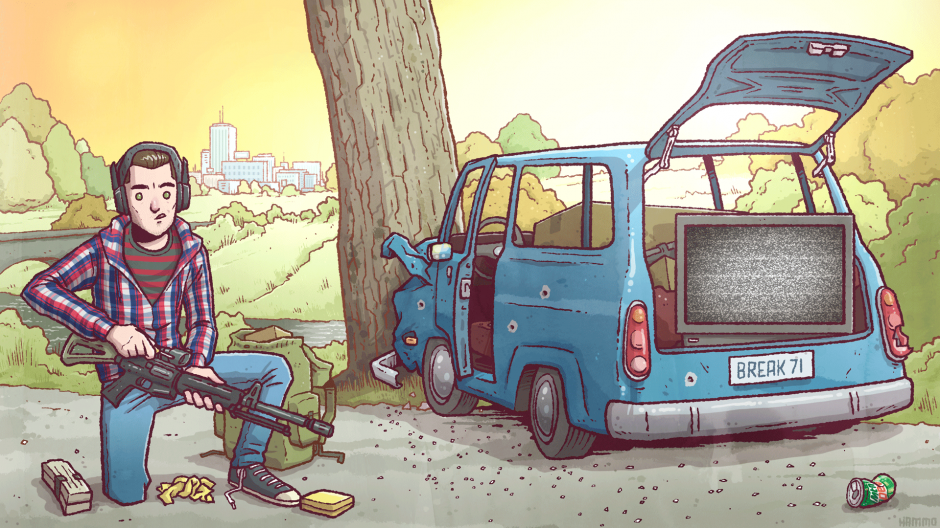 I was approached recently by a lovely local dude called Gaz, to produce some images for his Twitch channel. Gaz, (AKA Break71) plays Day Z (a sprawling, multiplayer, open world zombie survival game), streaming live, five days a week to his 7000+ followers. He needed three illustrations – a main image, showing him dispatching an approaching horde, an ‘Offline” image to display when he’s not streaming, and a “Setting Up” image featuring a TV screen where his live webcam feed can be shown.

Gaz is looking to set himself up as a full time streamer (people can actually make a living from this! It’s like the future!) so if you’re into this sort of stuff go and have a look at his Twitch and YouTube channels, and if you like what you see you can donate or subscribe so he can keep doing what he loves!